I got divorced over a decade ago.  I have so thoroughly moved on from that tragedy now that it is easy to forget it (almost).  But I got into a discussion on another’s blog recently that brought up memories of that devastating time in my life.  I think it nearly killed me.

Even now, it is easier not to remember, really.  The raw despair was so overwhelming that I actually am afraid to open up some of those memories.  I was so deeply depressed, I went to a doctor for help and got a prescription – but I think I just had the side effects instead of the help.  Yeah.  In the years since, I have learned more about those mood altering drugs.  If you can be under the watchful care of a psychiatrist, that would be better than a GP you don’t even return to for follow up.  Suicidal thoughts are some of the side effects of some of these drugs meant to prevent that.

Upon recognizing that the drug was not helping, I suddenly stopped taking it.  This also is ill advised, and can compound the suicidal thoughts.  And like demons terrorizing my lonely nights, such thoughts attacked without mercy.  I was stuck like Chuck.

And then one day, I wandered into a local used bookstore that I had not visited in several years.  I drifted over to the theology section.  I had never heard of the little book that caught my eye, nor had I heard of the author.  The publishing date was quite old for my taste really – 1962.  But the publisher was one I knew put out some interesting books from time to time, and well… the book was small and cheap.  So I gave it a whirl.  It was like a precious jewel buried in the sand.

Sure enough, it is a bit dated alright.  Foreign too – but at least it’s in the English language.  But it had the right words for me at the right time in my life.

I was able to read it in about an hour and a half.  And I read it at least a couple times a week for two or three months.  And still I reread it many more times beyond that.

What was this book, you say? 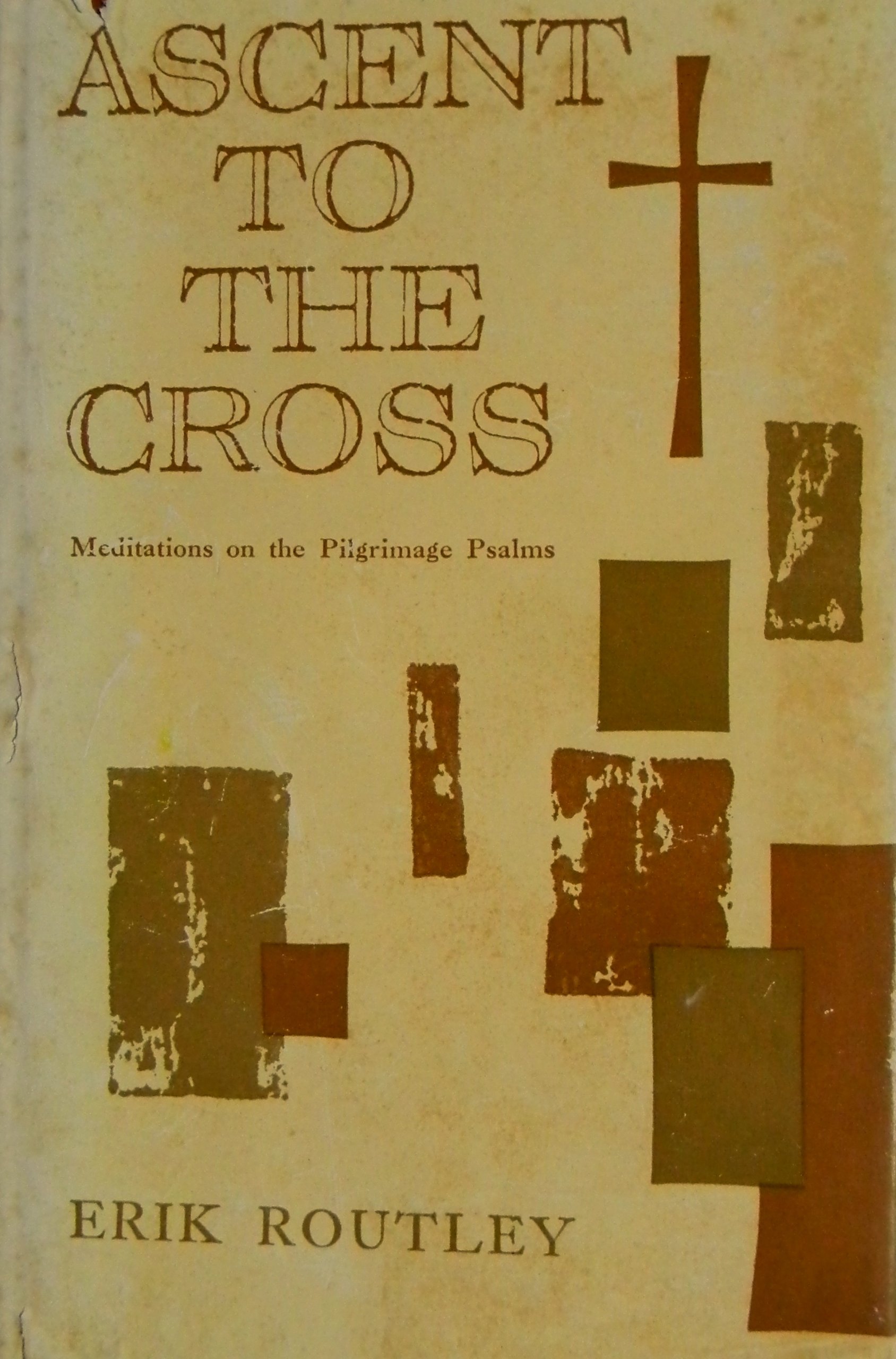 Routley saved my life with this little book.  In it he examines the Psalms of Ascent (Psalms 120-134).  These are the psalms the children of Israel sing as they make the final leg of their pilgrimage to Jerusalem for the temple festivals – especially Passover.  But Routley doesn’t simply examine the psalms in some theological vacuum.  No.  He first off eases us modern types into a formal worship mindset describing how a modern person might devote themselves to God in prayer, meditation, study, and song.  He informs us that Diaspora Jews of ancient times usually meet from all over the world in Jericho and make the climb into Jerusalem together – meeting family and old friends they haven’t seen in a very long time after being spread out all over the known world, and then singing these 15 songs as they climb the mountain road together in an atmosphere of joy and anticipation.

Then Routely asks us to follow one Passover pilgrimage in particular.  The last one Jesus joined as he went to Passover to die.  We sing these songs with Jesus, knowing what he knows and the others don’t.  And the songs become so desperate and faithful as we climb to his glory.  “I lift my eyes unto the hills from whence cometh my help.  My help comes from the Lord…” (Ps. 121:1-2).  And Routley informs us that walking this path, singing this song, a pilgrim does not actually see the city until the last moment passing over the lip at the top.  The city, our destiny, remains out of sight until the last moment.  An exercise in faith.  But every dreadful step to this celebration, Jesus sings the songs and we sing them with him.  “Those who sow in tears will reap in joy…” Ps. 126;  “Out of the depths I have cried unto You O Lord…” Ps. 130.  Yeah… you get to walk with Jesus as he joins the party that will kill him.

In my time of despair, as I went through the death throes of my marriage, I ascended with Jesus to his cross singing with him, and it healed me.  Routley’s little book became my pain medication.  He helped me walk with Jesus as I stumbled every step and could hardly keep up.

I carried that little book (it is so small) in my bag everywhere I went for probably 7 years or more.  I even had a pair of pants with pockets big enough to slide it into.  And the book became something of a touch stone, almost a lucky charm (bad reference, I know, but even just feeling it in my pocket gave me comfort).

I realized recently that I no longer carry it.  I no longer read it for help.  It is a precious possession still, but not one I NEED in that sense anymore.  And it occurred to me that since this little book had such an important impact on my life, it might be the wise thing to pass it on to someone else in that kind of need.

Perhaps you are dealing with divorce.  Maybe you hold the hand of a mate during “the long goodbye”.  Maybe you are struggling to beat an addiction.  Maybe you just buried a child.  I am betting these kinds of events destroy you.  I am betting the average coffee table devotional isn’t touching it.  I am betting the medication’s side effects are more powerful than the intended effects.  And so, if you want to give my little book a try… send me a request.  If you need it, I will share.