Agent X is a street prophet and minister to the homeless.  In April 2013 a group of street-homeless men came together and formed the Fat Beggars School of Prophets as a way of serving Jesus, the church, and the homeless in our community.

Our mission statement:  We go to the place of shame, pain, and despair in our community and bear the image of God there.

Our foundational Bible Text: II Kings 6:24-7:20.  An obscure Bible story where humble beggars eat from the king’s table until they are overwhelmed with conviction and carry the gospel to the people of God and transform the national economy all at once.

The pseudonym Agent X is borrowed from The Agent B Files.  Credit for that name goes to Agent B.

Expanded edition of “About”

Fat Beggars School of Prophets is a street ministry that works in tandem with other street ministries.  FBSOP does not feature fund-raising, relief-organizing, program-building, shelter-building, or goods-n-foods distribution.  Those efforts are pursued in various forms by nearly all other programs already in existence.  FBSOP supports those things and prays for them, but they are not the focus or function of our ministry.  Rather FBSOP majors on worship and exposing the city of Lubbock to the image of God amid her poor and homeless.

One of the key marks of “success” (if we could call it that) will be the opening of church-house doors to the poor and homeless as a means of shelter at night and especially during bad weather.  But even that goal has an eye toward wealthy Christian homes with guest bedrooms going empty night after night to be transformed into the Temple of God – a place for God to live (The Matthew 25:35-40 Jesus in particular).

Only God can achieve that goal.  No fundraiser, no program, no telethon.  We are looking for God’s Kingdom Come on earth like it is in heaven.  We ask the Christians of Lubbock to IMAGINE THAT!

New to Fat Beggars???  May I suggest you check this post to facilitate better participation:

Your attention and input are highly valued here!  Arguing is allowed, just keep it respectful please.

Yes!  Imagine you are a Fat Beggar Prophet.

Just print off the application form below and send it to the address listed on the form (address subject to change without notice). 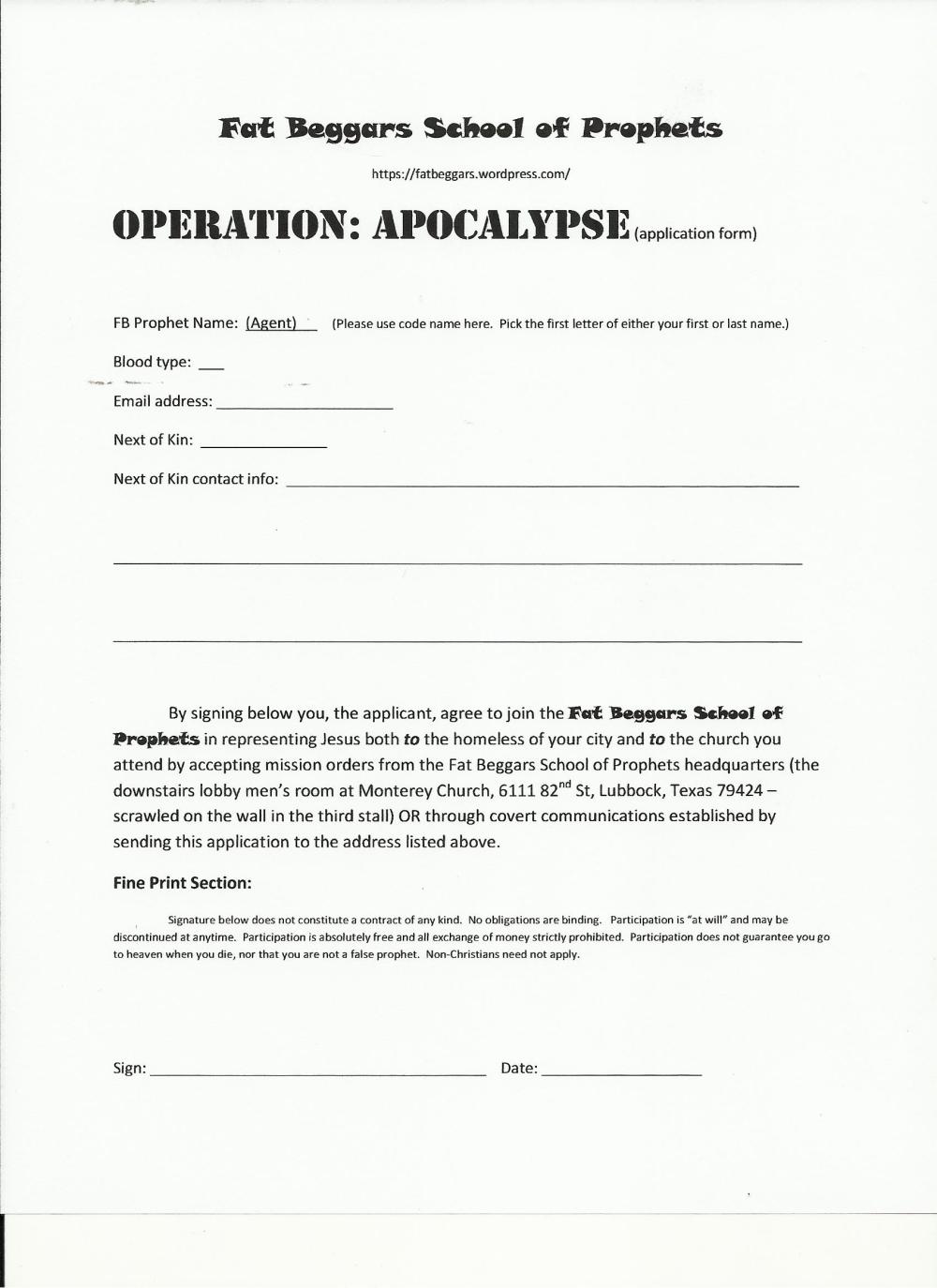